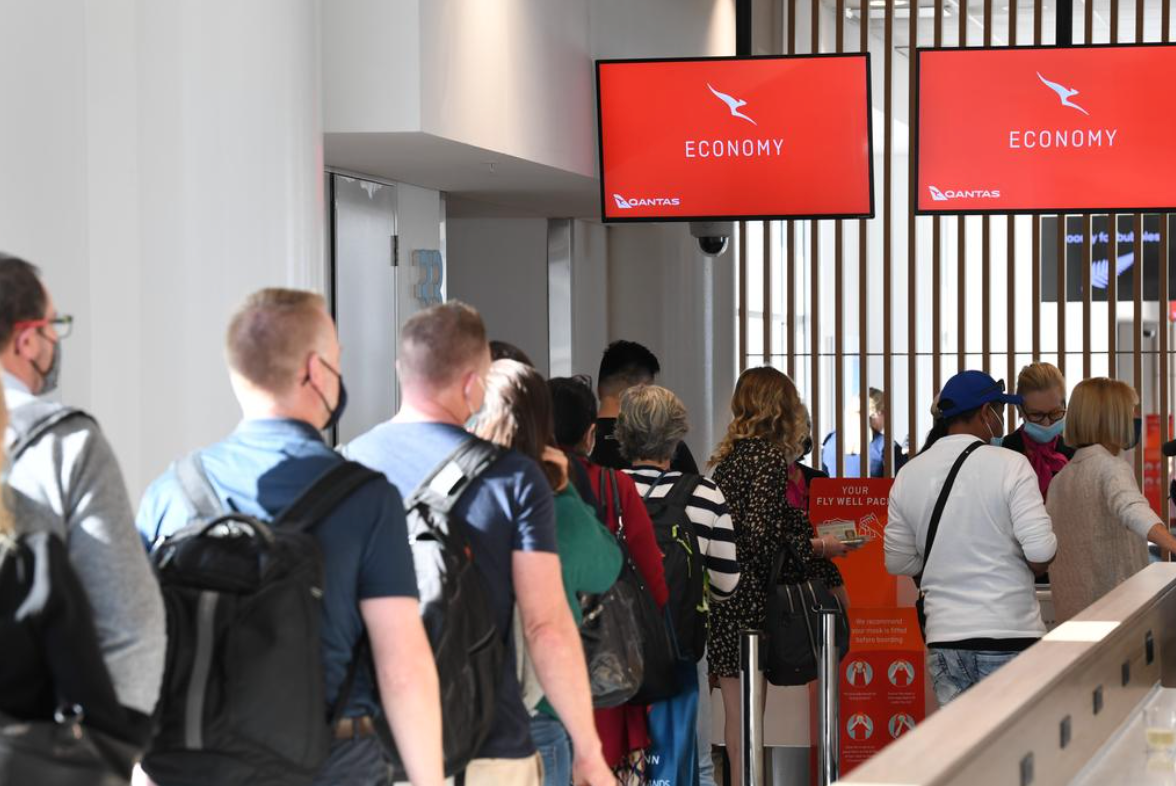 Foreign holidaymakers are now allowed to enter all states and territories without going into quarantine, apart from Western Australia, which isn’t set to open until March 3.

It comes after Australia’s border slammed shut on Friday March 20, 2020 to combat the spread of COVID-19 after the virus was detected in multiple countries around the world.

Close to 60 international flights are due to touch down in the first 24 hours following the border reopening, with planes coming from multiple countries including the USA, Canada, United Kingdom, Singapore, the UAE and Japan.

What are the rules?

While people entering Australia are still required to have had two doses of an approved COVID-19 vaccine, the federal government has not made a booster shot mandatory.

Unvaccinated travellers who do not hold a medical exemption must enter hotel quarantine for seven to 14 days, depending on their state of arrival.

Arrivals are also required to take a PCR or rapid antigen test within 24 hours of arriving at their accommodation, which they must not travel to via public transport.

Prime Minister Scott Morrison has moved to reassure Australians that the reopening was safe as he urged tourists to pack their bags and book a holiday Down Under.

“We are going from COVID cautious to COVID confident when it comes to travel,” the prime minister, a former managing director of Tourism Australia, said on Sunday.

“Come and have one of the greatest experiences you could ever imagine – the experience you’ve been waiting for.”

He told reporters at Melbourne airport on Sunday there are 1.2 million people around the world who are “visa-ed up” and can now come to Australia.

“In the next 24 hours some 56 flights are going to touch down in Australia and that number is only going to grow.”

Tourism Australia is spending $40 million on a campaign to entice international tourists Down Under.

Peter Shelley, managing director of the Australian Tourism Export Council, says it will take time to rebuild the sector.

“While businesses will be relieved, they also know the challenge lays ahead in rebuilding from the ground up.”

Around 9.5 million international visitors came to Australia in 2019 before border closures brought the travel industry to a standstill.

Australia draws the majority of its visitors from China, New Zealand, South Korea, Japan, Singapore, the UK and US.

Qantas CEO Alan Joyce told Sunrise he was elated the border had finally opened to tourists.

“We’ve had a tough two years at Qantas and today is a great day for everybody in the tourism industry and I think Australia as a whole,” he said on Monday.

“Go back to last October and we basically had no flights internationally, only repatriation flights to get Aussies home, and this week we’ll have 154 flights.

“We have flights today coming in from LA, Vancouver, Auckland, Phuket, Singapore, Deli, Johannesburg and from London.”

Mr Joyce said the flying kangaroo has been inundated with interest from Australian and international travellers dreaming of their next holiday.

“We have a huge ramp-up in the next few months to cater for that demand.”

‘Declare or be aware’

Tourists arriving in Australia for the first time in two years are being reminded to “declare or beware” when it comes to their luggage.

Agriculture Minister David Littleproud says officers intercepted four items that could have “significant impact” on Australian agriculture, brought in by passengers on one of the first planes to arrive at Brisbane airport after the ban on international flights was lifted.

He told a media conference on Monday the pork product, honey and seeds were all declared and no fines were issued.

But he says border force officers have been told to use the full force of penalties – a maximum fine of $2664 and visa cancellation – if people fail to declare items.

International students can now also have their visas cancelled for breaching biosecurity laws.

“Welcome to Australia, but declare or be aware you will get picked up,” he said.

Meanwhile supply chain criminals are being targeted at Australian border points as officials ramp up efforts to detect and stop illegal activity.

It has increased the number of officers at international airports and seaports and aims to shut down criminal networks bringing illicit drugs, firearms and illegal goods and materials into Australia.

Home Affairs Minister Karen Andrews says the operation began in November 2021 and by December it was already achieving results.

Just before Christmas, a shipping container was intercepted in Brisbane with 50 kilograms of cocaine concealed offshore in its refrigeration unit to be removed by criminals working in the supply chain in Australia, she said.

Operation Jardena has also found and seized tonnes of tobacco and millions of illegal cigarettes.